Rich and I were in Full Metal Horror together, and I have loved his writing since! Learn more about him right here!

Rich Rurshell is a short story writer from Suffolk, England. He writes horror, sci-fi, and fantasy, and his stories can be found in various short story anthologies and magazines.

When Rich is not writing stories, he likes to write and perform music. 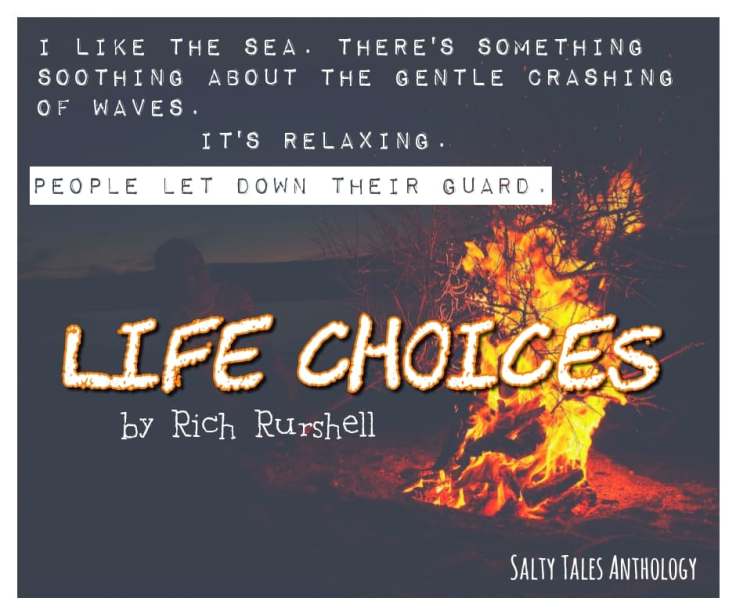 Share a short snippet from one of your stories!

“That guy Liam’s a pervert,” she said out of nowhere.

“I’m not gonna go into details, but Kayleigh is pretty upset about last night.”

“Do we need to get the police involved?”

“No. It’s not like that. We just need to make sure Liam is not involved anymore.”

“It could be hard to avoid him on such a small island.”

“Maybe.” Emma stared out to sea and shifted uncomfortably on her beach towel. We sat in silence until Kayleigh and Megan came back from their swim, and then we all laid in silence in the heat of the sun. Eventually, I drifted off to sleep, and that’s when I dreamt of the old man.

I dreamt I was standing on the bridge, the hole at the top of the frame glowing orange as the sun lined up perfectly behind it. I knew what waited for me at the other side, but found myself crossing the bridge anyway. I reached the other side and stood at the top of the stone steps. At the bottom, the old man stood hunched over beside his fold-up table, beckoning to me. My feet took me down the steps until I was standing right before him.

“Got some trouble, Richmond?” he asked, smiling.

“Maybe,” I replied. I watched as he picked up his jug from the table.

“Nothing a little lemonade can’t sort out, eh?” He grinned, revealing a mouth full of long, black teeth. Maggots crawled between them, some tumbling out over his bottom lip onto the stone floor. I watched as they writhed around between my feet. He opened his mouth fully and laughed aloud, flies swarming from his face and buzzing all around me. I panicked. I let out a small cry of repulsion as the flies landed on me. I felt them on my face, trying to crawl into my mouth…

“Richmond! Are you okay?”

I sat up. The girls were all looking at me. I shivered. “Yeah,” I replied.

“You had a fly on your face, you freaked out a little,” said Emma, fighting the smile that grew on her face.

“I know,” I replied. I reached for my shirt. Megan and Kayleigh said nothing and laid back down on their towels.

“Are you sure you’re alright?” asked Emma.

I sighed and composed myself. Forcing a smile, I replied. “Yeah, I’m fine…I was asleep.”

“Alright then,” she said, smiling back. She resumed sunbathing and I buttoned up my shirt.

Tell us a little about where you’re located. Have you always lived there?

I live in Ipswich in Suffolk, England. I’ve always lived here. It’s a pretty nice place. Pretty quiet mostly. I live on the outskirts, so it’s easy to go out and about. Two hours away from London, twenty minutes away from the coast. Population of about 133,000. I like it here.

Why did you start writing?

Tell us about your writing process. Where do you start?

What do you struggle with?

I start with the point. Then I try and figure out a way to make that point in a story. Play around with that idea in my head for two or three days, and if I still like it, start plotting it and getting some characters together. My plotting is pretty basic really. Some vague plot points with some space in between for me to add stuff as I think about more details. Then just write it.

Struggling… Probably just finding an idea I’m really happy with. I won’t even try writing anything unless I’m still excited about the initial idea after two or three days. Sometimes, I have a number of ideas for a submission call before “the one” occurs.

How many books/stories/poems have you published?

Accepted and awaiting release, I have 7 drabbles, 1 reprint story, and 3 stories. I think that’s everything… Hoping to at least double those numbers this year… we’ll see though I guess.

How do you come up with character names? Does it differ between stories?

Pretty much just use last names of people I know. Then just pick a first name and away we go.

I asked a dozen readers what they wanted to know about authors, and almost all of them replied “What inspired them to write their story?”  Care to share?

I wrote a story called The Tunnel. My two-year-old son’s fear of the tunnel over the park behind our house inspired that one. I decided why he was scared of it, then wrote the story. It was a fun story to write.

Most of my stories I write because I enjoy writing stories. Nothing really inspires me to write them, I just play with ideas until I have something I want to write.

You have a Saturday morning completely to yourself. No chores, duties, kids, or other disturbances. How do you spend it?

Stay in bed all morning I guess… Why not be honest eh?

Where do you usually find the books you read? Book stores, thrift stores, or online? What genres do you like?

To be fair, a lot of the books I’ve bought recently have been from Amazon or Lulu. I like reading the short story anthologies that are around at the moment. I buy some novels online, but I also buy from the bookshop in my town. If you neglect your local bookshops, they’ll disappear.

The genres I like to read are horror, sci-fi and fantasy.

What authors do you think others should give a try? Why?

Blake Jessop. I’ve not read a story by that guy I haven’t really enjoyed. His stories have been favourites of mine in more than one anthology. He has a really great way of telling stories.

There are a bunch of authors I enjoy reading around right now. M.W. Brown, Steve Carr, Gregg Cunningham, A.K. Hata, Riham Adly to name a few. Lots of others. I’ve been enjoying reading the stories that appear within the anthologies I’ve been included in, and I like reading the stories people post links to in the writing groups I’m in on Facebook. There are some talented folk about 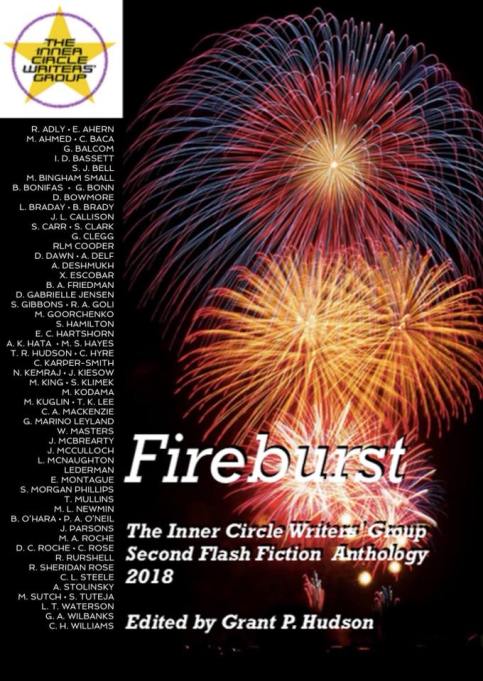