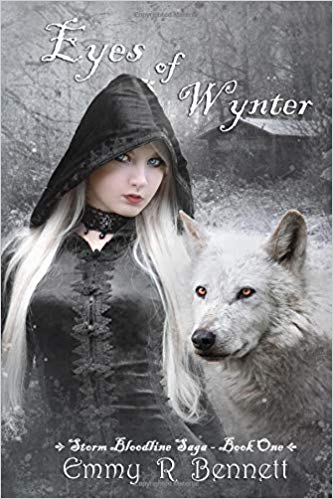 Wynter never knew how much her life would change, until the day her family died in a car accident. That’s when her nightmare began. Family secrets ran deep at Storm River Manor, but soon she found the blood in her veins ran deeper. The family matriarch had concise plans that would inflict scars never to heal. Selling her to the highest bidder was not her tactic. Instead she would keep Wynter for herself, to profit. Somehow, Wynter would survive and seek revenge, even if it killed her. A story where secrets are hidden, lies are uncovered, and evil walks the grounds of Storm River Manor. Wynter must find the key, before it is too late.

Emmy R. Bennett lives in Northern California with her husband, two children and their dog. She also has two adult children living out of state.
When she isn’t at her desk writing, she’s spending time with her family, gardening, crafting, or reading.
Emmy grew up in a Lutheran household. Although she’s strong in her faith, she believes everyone has the right of free will, in their beliefs.
She loves to study genealogy and her family line has been traced back to the Vikings. It’s one of the many inspirations from which she’s drawn to write.