She is a successful barrister who revolves in high society and leads a comfortable, happy life in London. He is a ruthless murderer, the right-hand man and Commander-in-Chief to the callous Sheriff of Nottingham. However, looks are often deceptive and behind the strong facade, there hide broken and lonely souls, longing for compassion, happiness and love. 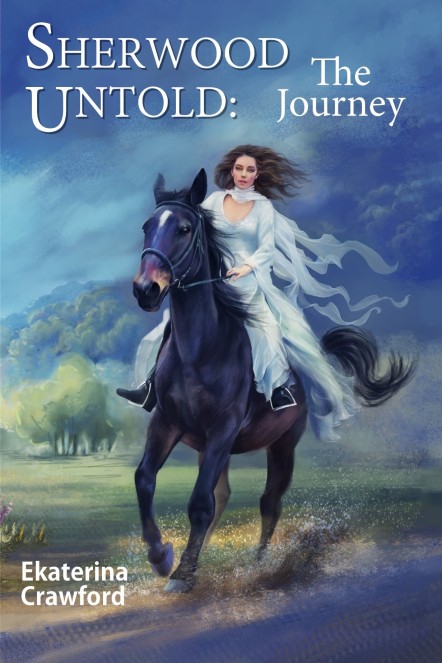 The old Robin Hood story with an original twist, Sherwood Untold: The Journey is a time-travelling, romantic adventure that takes you from modern London back to medieval England, to the times of King Richard the First, Robin Hood and the Sheriff of Nottingham.

Ekaterina was born and grew up in Moscow, Russia. Finishing her secondary education at the age of 17, she studied at The Centre of Russian Language and Culture, and gained majors in Literature, Russian and English Languages and history. She got married at 19, during the second year of her University, and began helping her husband developing his own consulting company. While working with her husband, she completed her studies at University and, in 2005, graduated with a diploma with honours in Economics and Management. In 2006, having left behind everything, together with her husband, she relocated to the UK, where they built a new life together and also became parents. Ekaterina now lives in the suburban area of London with her husband and their 2 children.
Ekaterina is currently working on the second installment of the trilogy “Sherwood Untold”.