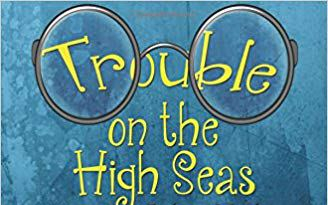 (The Amazing and Ludicrous Adventures of Doctor Antonio) (Volume 2)

After Dr. Antonio’s amazing and ludicrous adventures in Trouble with Howlers, he and his capuchin girlfriend Plum have finally found the time for a romantic getaway for two. Waving goodbye to the plethora of their talking animal and human friends, they board the Caribbean Princess for a relaxing, low-key cruise. That plan, however, lasts all of five minutes.

Finkelstein and the whites, the bush baby brigade, Bo, Shai, Veloz, and even the Sisters of the Immaculate Wave—complete with their own black-and-white yacht—have all decided that they, too, are in need of a little R&R. But when Antonio is kidnapped aboard the Caribbean Princess and interrogated about anonymous Top Secret files, he and his friends are all put in danger.

Chased by utensil-wielding chefs around the world, abducted—and aided—by aliens, pulled across the frozen tundra by a slice of lemmings, and literally hurled onto the front doorstep of an emaciated Santa Claus, Antonio’s new adventures across the high seas are even more hilarious than the last. If he and his friends can only find the secret files responsible for the happiness of the entire world, they might just be able to relax and make it home safely, after all. 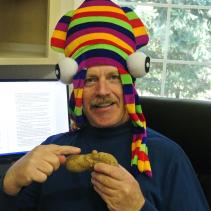 Robert Mackey is a retired construction worker and real estate investor turned writer. Robert’s works intended for the mg/ya age groups are free of sex, killing and profanity. His works for adult audiences can’t even begin to make this claim.

Robert currently resides near the megalopolis of Addy, Washington, a hamlet working desperately to attain the coveted ‘One Horse’ status. So far all they have is those stick ponies you know, the stick with the little plastic head at the end that you hold between your legs and run around playing cowboy? Actually, half the people in town have those and the other half have stick cows. Every spring the people with the ponies round up the people with the cows and chase them into the hills to pasture for the summer. It’s pretty quiet around town in the summer. (Got a little sidetracked there.)

Robert lives there with his lovely wife Janice and his teenage son Joshua who has a vocabulary consisting of two sentences which Joshua feels are sufficient to get him through the balance of his life. They are as follows, “Huh?” and “I don’t know.” In case you have any toddlers and are trying to teach them to speak, these few words should be all they need to master in order to make it through high school. These sentences must always be used in conjunction with one another and in the order in which they’ve been presented.

Robert lives by the following adage: No matter how many heads have to roll in the attainment of you goals, be certain to smile and wave at them as they pass. It’s best to do your beheading on a hill with your opponent uphill from you to insure the head actually rolls and to prolong the amount of time you get to smile and wave. (Very important.)