My sixth list of books that you should consider reading! All books are from authors I follow on Facebook.  Make sure to check out their Amazon author pages and leave reviews!

A missing girl. The treacherous streets of Medieval London. Only one woman is brave enough to try and bring her home.

After the death of her family, grieving Alice has chosen a quiet life of seclusion in a monastery. But she is hit by a personal tragedy which forces her to confront the dangers of medieval London.

When her 14 year old friend, Constance, vanishes, Alice’s life is turned upside down. Is Constance’s disappearance linked to a dead girl pulled from the Thames? Another girl is on the run – but who is she running from?

Alice’s desperate search stirs up something sinister and soon her own life is in danger. Powerful forces want to ensure the truth will never be uncovered, can Alice find Constance before her time runs out?

Her husband took a fatal secret to the grave. Two friends are murdered. She has only one chance to stop the killing.

Alice Wescott thought she knew her husband, Thomas. But after his death, two strangers reveal something he kept hidden from her.

When two of her friends are murdered, Alice has to confront her husband’s past. Was he really the man she thought he was? An eight year old boy holds the answer, but he forces her to make a perilous journey north to the wilds of Northumbria.

Stranded on Holy Island, Alice’s mission to remedy her husband’s mistake leads her into a deadly trap. Can she right her husband’s wrongs or will his secret claim another victim?

Book 3: Sins of the Father

An enemy returns. And this time he has her fooled. If he gets his own way then a little girl will never be seen again.

Alice de Grey is settling into married life in medieval London, but her world is shattered when her two year old niece, Mary, is kidnapped. As the city searches for the little girl, Alice realises that it was her own mistake which put Mary in danger.

Alice’s adversary, Sir Walter, is back. He has duped her and will stop at nothing to get what he wants. Even murder.

Alice is forced to fix her mistake but Mary isn’t the only one to suffer. Sir Walter is one step ahead, and time is running out for Alice and her family.

Fifteen year old Sylvester Whitmeyer is a physically and verbally abused young man. He also has a brother who doesn’t pay attention to him because of his stressful job. But Sylvester has needs and desires. His biggest need is to feel accepted. Which he doesn’t. Not among his family. But his best friend introduces him to Julia, a girl from the other side of town who happens to be a Mexican. Sylvester despises her immediately. She, however is attracted to him right away. Despite his stand offish attitude toward her, she remains friends with him, especially when everyone else turns their back on him.
As his father’s abuse escalates, so does Sylvester’s bad decisions. His desire of acceptance is so great that he dabbles with drugs, alcohol and even the occasional pornography. But little does he know about the prayers on his behalf. The question now remains: will he continue on the path of self destruction? Or will he let Julia help heal his broken heart and his shattered spirit? What will his choice be?

The Wild Thing: Ranching on Jurassica

Short science fiction story based in the Explorers books universe.

After a series of world wars that divided the United States and left its cities abandoned, the surviving citizens live in small towns. The government provides for their basic needs and oversees the education of the children. The schools use standardized tests in the senior year to determine which job in the community each student will be assigned to, and it’s time for Gwen to take the exams.

Gwen is not thinking about the tests or what type of work she wants to do. She and her best friend Ruth are in love, and they dream of starting their lives together after exams. But Gwen is also keeping a secret from her mother and Ruth, as well as the government officials administering the tests. If the secret is discovered, it has the potential to tear apart the simple life she has always known.

Leona is one of the soldiers guarding the hallways of Gwen’s school. She seems to be everything that Ruth isn’t. Leona’s dark beauty and long wavy locks are a stark contrast to the sparkle and sunshine that come with Ruth’s short cropped blonde hair. Where Ruth is spirited and defiant of her father, the school principal, Leona appears to be loyal to the government.

23:27 is a beautifully written novel about how stressful situations are not always what they appear to be. H.L. Roberts takes you on an emotional journey keeping you on the edge of your seat the entire time.

23:27 touches on the very sensitive topics of suicide and mental stability when the pressures of society get too difficult to handle for even the most stable individual. Lilith Rose is the lead singer of the popular rock band, United Misfits. and she is tired of all the lies, secrets, and heartache that came with the price tag of stardom. After years of dealing with forced contracts, she does the unthinkable and flees to a small run-down hotel on the outskirts of Los Angeles, where she hosts her tell-all Livestream. Finally, the truth is out there, and Lilith has a decision to make. Life or Death…

A World So Small

Jordan Barker is a gig rat with a soul-crushing day job and big dreams of becoming a musician and Valkyrie Snow is an architect hitting her stride midlife. Everlasting love should be easy in a world of instant gratification, but it’s harder than ever.

Get ready for a dark, smutty, softly futuristic romance novel that reads like a film (think Spike Jonze’s Her and Eternal Sunshine of the Spotless Mind). -Premiere Reader

First Look Through the Window: A Journey of Self-Discovery

This short and simple book uncovers the universal truths about our world and answers complex questions that we so often wonder about: What makes our heart race? What makes us anxious or depressed? What brings us together and what separates us? What is love? What is the meaning of life and how to find it and embrace it? What are the means to start loving yourself and doing what you love?

Loving your life is important but first and foremost you need to know where to begin from. I invite you to join me on this journey of self-discovery that I also embarked on with the purpose of a more meaningful and fulfilling life.

If I were to use a metaphor I would say that I am a ,,seeker”. I started this quest and journey because somewhere deep inside I knew there was more to all of this and I needed to find the answers that would offer the insights and tools for a happy life. As years passed by, these answers turned out to work as a guide and as a compass pointing towards the right path.

Thank you for your support and let our first journey begin!

What if all the intelligent humans abandoned Earth… and we’re what’s left?

Samantha is a journalist who travels through the wormhole to New Atlantis and discovers that embarrassing reality when she meets the People, humanity’s more intelligent—and smugly superior—distant relatives. Unfortunately, thanks to humanity’s penchant for fighting, a Human/People conflict is brewing. She could almost forget she’s not on Earth, except the People have tails and don’t slap idiot warning labels on everything.

Plagued by anti-Human sentiment on New Atlantis and unwilling to return to Earth, Samantha moves to the Five Alpha, the space station closest to the wormhole, where Human—and People—stupidity lurks around every corner. Then the conflict worsens, causing concern for the security of the wormhole—and its closest neighbor. Naturally, politicians from both sides decide they can provide a diplomatic solution by holding peace talks on the station.

When sabotage puts both Five Alpha and her only route back to Earth in jeopardy, everyone blames Samantha—including a manipulative politician with her own agenda—forcing her to fight to uncover who is plotting to destroy the wormhole and cut off Human/People relations for good. Can she find a way to save the wormhole—and her sanity—before it’s too late?

Laney and two of her friends win a trip of a lifetime to see the treasures of Egypt. Their tour guide, Tarrick drives them around, showing them the famous sites, giving them a history lesson. Along the way, Tarrick talks the three friends into seeking out a hidden treasure. Laney’s friends see this as an opportunity to snatch up treasure and fame, while Laney seeks to learn more about the lost mummy. There’s only one problem — the hidden treasure comes with a mummy’s curse.

Will the mummy’s curse be too much for Laney to handle?

Though this is a book in a series, it is a standalone and does not tie in with any of the other books

Jake takes his beautiful girlfriend with him to a local car show, where he finds the car of his dreams. Before he knows it, the two of them are roaring down country roads. The mixture of leather seats, her perfume, the roar of the engine, and the intoxicating power of being the one driving this steel beast has more than just the powerful motor throbbing.

Police Officer Jeb McKenna is out patrolling a neighborhood when he decides to park his cruiser and wait for potential speeders. Moments later, a car that he has always loved roars by. Noticing it was going well over the speed limit, he excitedly follows pursuit. He soon discovers the driver to be a sexy, mysterious woman that takes him on a wild ride, leaving him exhausted, yet satisfied, but wanting more. It will be a night that he will not soon forget. Note: This is a stand alone short story, but one steamy read.

Why We Never Repeat Jokes?

Sit-down comedy? A phenom that should never be a phenomenon. Late great comedians Robin Williams, Charlie Murphy, Joan Rivers, Greg Giraldo, Don Rickles are turning over in their graves with a thorn in their side. Take my word: Share & salvage the little wit being reserved by the only true /real comedian to have ever graced the stage. Otherwise you ought’a be ashamed of yourselves! 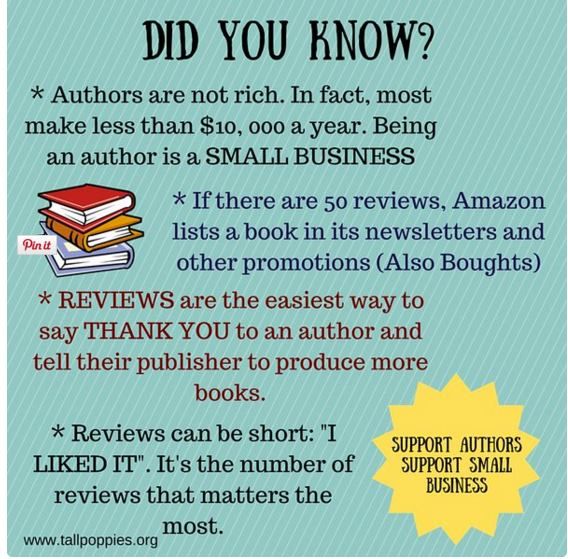