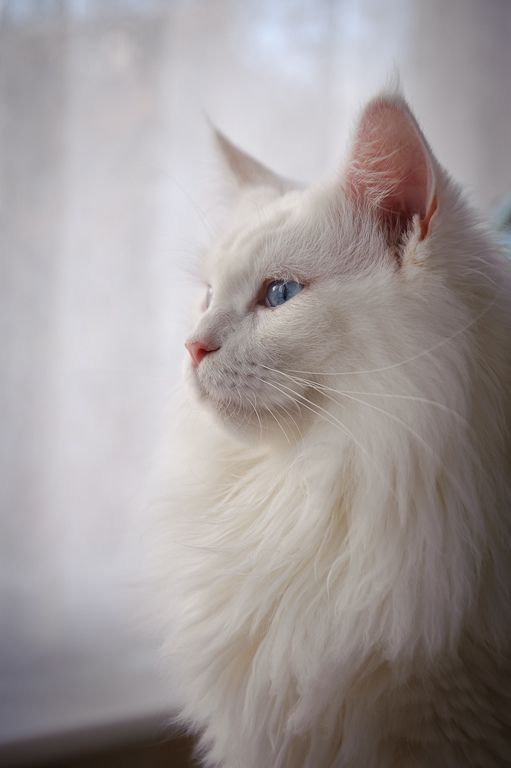 Marie launched herself at the Kilij with a viscous growl. Her claws ripped into his flesh without restraint and he cursed at her. He tried to hit her with his normal hand but she dodged, spinning her agile body around in order to grip either side of his arm with her front paws. She slid several inches as he lifted his arm up and he roared in pain as her claws left bloody gouges. He tried to shake her off but she used the motion to jump off of him and velcro herself onto the next man’s head. He screamed as her claws scraped across one of his eyes and her teeth tore into his face. My attention shifted to movement behind them.

I watched in growing terror as a small woman crept around the fight, her dark eyes zeroed in on me. I fumbled for the pocket knife I always wore but she was quicker. With a too-wide smile that almost split her face she jumped at me. The closer she came the wider her mouth was until it was a gaping hole filled with rows of razor teeth.

“MARIE!” I yelled in panic as I instinctively protected my face with my arms. I heard an annoyed growl before pain blossomed all along my forearm as hundreds of teeth bit through my skin. I cried out in agony as some of the teeth struck bone. The Maw increased her bite and I cried out as her hands reached for my throat.

“Mace, move!” Marie shouted at me but I couldn’t unless I wanted my arm shredded. I peeked out from under my free elbow but everything was blurry from the tears in my eyes and the pressure at my throat.  I barely had time to register the leaping blur of white before she hit us with ferocious growls. The Maw screeched earsplittingly loud before her hands released me to swipe at Marie. I couldn’t see what the cat was doing but the creature hated it. Suddenly Marie jumped over me before lunging away again and I peeked out to see her barrel into the legs of another attacker, sending them crashing forward into us.

The Maw screamed as hot liquid gushed from her mouth and all over me. She screamed again and released my arm, but this time it was more of a gurgling than a scream. I looked up to find another Kilij with his blade impaled elbow deep into the Maw.

I used my feet to scoot myself back as the train sped onward. I could barely focus on anything aside from the horrendous discomfort of my torn arm. I looked down at it as Marie growled and someone screeched. The entirety of my forearm had been bitten. I didn’t even bother counting the bleeding gouges and puncture wounds. There were a lot. No gush or spurts of blood were happening, which was good. I looked up as a flash caught my eye.

I barely registered the blade as it impaled itself into the side of the train car, a hair’s breadth from my ear. I jumped against the seat as far as I could go and stared at the glazed eyes of the first Kilij. I looked behind him to find Marie flattened low to the floor. Her deadly but delicate paws left bloody paw prints as she tried to get back in front of me, but the remaining four people, or creatures I couldn’t tell, wouldn’t let her. She glanced through the legs of one at me but through my haze of pain I couldn’t tell what she wanted me to do.

I sensed her impatience and worry, but I was struggling to keep my eyes open. My arm was throbbing and trembling so badly, I couldn’t form a thought. I struggled for my pocket knife and had to use my teeth to pull the blade free. Note to self: a new knife. I pushed myself to my knees as Marie darted away, giving me time to pull myself to my feet. I stumbled as my head swam but I managed to keep my eyes open, which is how I saw the last woman pull an object from her pocket. My heart stuttered in panic and I lunged forward with a screech.

The woman looked around at the exact time I reached her, and my knife settled smoothly into her eye. I let it go as she staggered back a step and I fell to my knees to catch the small orb before it could shatter. The occultist’s body landed with a thud as I cradled the black orb in my hand. Oh shit oh shit oh shit. I looked up in time to see the last Kilij throw Marie across the train.

“Oh hell no,” I growled as I pulled myself to my feet, a scowl heavy upon my brow. I flexed my fingers around the orb and stared at the man as he turned around with a bloody smile. One of his eyes was swollen shut and bloodied, while the other was barely open between the nasty scratches around it. His eye flickered towards my dripping arm and his grin grew wider as he took a step towards me.

“Bejon,” I said calmly and his eye widened in a flash of horror before he disappeared from the train. The orb was hot in my hand and I suddenly found myself struggling to stay upright. The weight of the orb and the pain was too much. I struggled to stuff the orb in my pocket as the train began screeching to a stop. I stumbled back towards the door, feeling the support of the shadows once more. Marie yowled as the train stopped and I struggled to pry open the door, but my arm was useless. From the edges of my vision the shadows surrounded me before slinking between the crack in the door. It slid open and I fell onto the stone platform, not realizing I had been leaning against the door. I called for Marie, but it came out more of a whimper as I struggled to breathe through the pain. A blur of white bounded out of the train and over my head as the door slammed shut with an audible thud.

My vision threatened to go black as I watched one of the creatures slam their fists against the door. The swirling mass of black that was hard to look straight at was outside the train one second, and inside the next. The creature jumped back as the shadows materialized around them, blocking them from view.  A scream sounded throughout the tunnels as the train pulled away, gaining speed quickly. Marie’s voice in my ear urged me to move, but I couldn’t process. I couldn’t feel besides the agony of my arm. The rushing of the train car disappeared as a heavy blackness took over.

One thought on “Unicorn Meat Part 2”